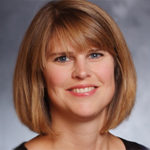 As of this writing, the Washington State Legislature is one vote away from resolving four long-standing issues in foreclosure and DOTA law:

-Resolution of the Jordan vs. NationStar case
-No judicial process for homes with deceased borrowers
-Fix to statutory language for owner/holder/actual holder
-Process to file non-monetary interest in Washington state for trustees

The bill, HB 2057, initially began as a draft document to negotiate on back in 2017.  The Washington Department of Commerce, which manages the mediation programs as part of the Foreclosure Fairness Act, needed additional funding.  Financial institutions wanted access to properties for preservation, but were unable to do so as a result of the NationStar decision.  Trustees, who were being asked to float increased fees to increase funding to the Department of Commerce, wanted a fix to owner/holder/actual holder, and processes for both filing non-monetary interest declarations, and for nonjudicial foreclosures for deceased borrowers.

As often happens, the negotiations fell apart at the end of session 2017, and nothing passed.

This concept was the breakthrough needed to negotiate a deal on NationStar.  Financial institutions will, in most circumstances, be able to access properties that are abandoned again, while still providing a process that reasonably protects homeowners.

While NationStar may not be a key issue for trustees, the bill provided a needed vehicle to address other issues within the statute.  With folks in the room negotiating a NationStar fix, we were also able to negotiate terms on a final language change to owner/holder/actual holder to reflect the Washington State Supreme Court rulings we’ve had over previous years (specifically Brown.)  We have also created a much-needed path to foreclose on homes nonjudicially when the borrower is deceased, simplifying the successor in interest process.

Homeowner advocates also requested some changes.  The beneficiary declaration will now be provided at the same time as the Notice of Default, and the NOD will now include information on the first page identifying the beneficiary and trustee.  (This change will affect all NOD issued on June 30, 2018, and after.)  Also, a new notice will be provided to homeowners whose properties are in JUDICIAL foreclosure informing them of their options, and this document will need to be available to homeowners in Spanish if that is their primary language.

Finally, trustees will be able to file a declaration of non-monetary status, similar to what is offered in California.  While not ideal language, it sets in statute the process for allowing a trustee to remove themselves from a proceeding in which they have no financial ties.  I suspect this specific section will take more work in future sessions as trustees test this new ability and UTA members see what kind of resistance they encounter in the process.

UTA members were instrumental in the writing of this legislation.  Specifically, I’d like to thank Michelle Mierzwa with Wright, Finlay, & Zak, and Lance Olsen with McCarthy Holthus for their almost daily involvement in the work on this bill.  Additionally, Michelle was able to represent the United Trustees Association on February 1 for the annual Washington Day on the Hill.  This input from UTA members helps lawmakers to understand the complex issues of the Deed of Trust Act and how changes in one section of the DOTA or the Foreclosure Fairness Act can affect many other portions of the system.

We now wait for one final vote in the House to agree (concur) with the Senate changes to the bill, and for the Governor’s signature.  We do expect both.  I’ll have a final version of the new laws once the Governor signs the bill, and would be happy to answer questions as folks review the new changes.  I will also be traveling to Seattle to meet with City Council Members who are considering application of additional taxes on the sale of homes that are vacant or unoccupied, and “speculative real estate investment activity.”  This could affect homes sold at foreclosure.  I hope to have details on those concepts for you in the coming weeks.