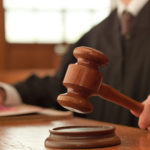 The purpose of the amicus is to get the court to understand that a clear line must be established between modifying a loan and renewing a loan.  The brief is an opportunity to bolster the petition for review (drafted by Glenn Wechlser of Law Offices of Glenn H. Wechsler) and affirm the decision made in the lender’s favor.

The issue in the case is when the borrower breached a loan modification agreement, the agreement stated the modification was void and allowed lender to collect past arrears.  Lender demanded the past and present arrears and borrowers sued contending they only owed the present arrears.  Court of Appeal reversed trial court stating CC 2924c provision re reinstatement could not be waived in a loan modification agreement relying on CC 2953.  However, a petition for review by Glenn Wechsler was granted by the First District in the case.

UTA’s contention is that that the word “renewal” in Civil Code 2953 did not include a loan modification by the definition of the word renewal.  Glenn Wechsler argued that modifying the loan is not the same as renewing the loan, as when you modify, you are doing more than just extending its term.