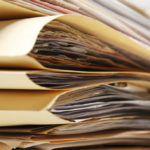 UTA has filed an amicus brief in the case of Obdusky v. Wells Fargo et al., 879 F. 3d 1216 in the U.S. Supreme Court last week.  The brief was prepared by Martin T. McGuinn, of Kirby & McGuinn, UTA’s Corporate Counsel.  The case addresses the issue of protection from FDCPA liability – whether servicers, law firms and entities engaged in nonjudicial foreclosure in Colorado are debt collectors under FDCPA.

In the case, a law firm had sent plaintiff a letter indicating it may be a debt collector and referenced the amount owed and that the law firm was instructed to commence foreclosure.  The borrower objected to the amount due but the law firm proceeded with foreclosure.  The case was decided on a motion to dismiss as a matter of law.  The judge ruled that a law firm is not a debt collector because “debt is synonymous with ‘money,’ and the FDCPA “imposes liability only when an entity is attempting to collect” money.  Because enforcing a security interest is not an attempt to collect money from the debtor, and the consumer has no “obligation … to pay money,” nonjudicial foreclosure is not covered under the FDCPA. Id. at 572 (quoting 15 U.S.C. § 1692a(5)).”