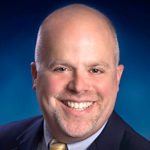 UTA’s Board of Directors has voted in the Association’s Officers for 2021. David Dutcher, Ben Levinson, Michelle Mierzwa and Tai Alailima all completed term limits from their positions as President, Vice President, Chief Financial Officer and Secretary.

Randy Newman of Total Lender Solutions, based in San Diego, California will serve as the Association’s President.  The President is the Chief Executive Officer of the Association, and subject to the control of the Board, oversees the general supervision, direction and control of the affairs of the corporation.

Edward Treder of Barrett Daffin Frappier Treder & Weiss based in Ontario, California will serve as the Association’s Chief Financial Officer. The CFO is responsible for safeguarding all funds received by the Association, and for their proper disbursement.

Steve Hicklin of The Hicklin Firm based in Tustin, California will serve as the Association’s Secretary.  The Secretary ensures that the Association is operating in compliance with the Bylaws.

“It has been an exciting two years, and I’m honored to have been given the chance to serve as UTA President during that time,” said David Dutcher. “2021 will have its own challenges of course, but we have a very strong slate of incoming officers. Randy, Cathe, Ed, and Steve are not only experienced and well connected, they’re also passionate advocates for our industry in general, and this organization in particular. It’s hard to imagine four people better suited for the year ahead.”