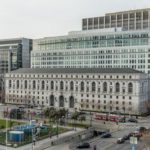 The purpose of the amicus was to get the Court of Appeal to understand that a clear line must be established between modifying a loan and renewing a loan in terms of what a reinstatement would look like after the borrower’s default in a loan modification agreement.

The brief was an opportunity to bolster the Appeal (initiated by Glenn Wechsler of the Law Offices of Glenn H. Wechsler on behalf of the lender) and affirm the decision made in the Trial Court in the lender’s favor.

Wright Finlay and Zak filed the Amicus Brief with the Court of Appeals, and the court unfortunately ruled in favor of the borrower and published the Opinion. The lender sought review by the California Supreme Court. Glenn Wechsler’s office filed a Petition for Review on January 16th and no response was filed by the borrower’s counsel.   On March 11th, the California Supreme Court declined to review the First District Court’s decision and the Opinion of the First District is now law.