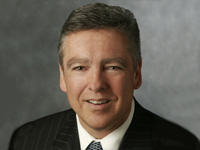 As this column is written, just two days remain in the California Legislature’s 2016-2016 two-year session. To the uninitiated, this is sausage-making at its worst.  There are groups which begin their legislative programs in the final days. Fortunately, most rumors of last-minute legislative shenanigans turn out to be much ado about nothing, but vigilance is the byword. Interestingly, California voters will be asked on the November ballot to require all bills to be “in print” for at least three days before they can be voted upon, in part to respond to concerns about bills popping up right at the end of session.

In any event, the session must conclude under the state constitution by midnight August 31.  After that, Governor Brown will have 30 days to sign or veto the many hundreds of bills sent to his desk in the final days.  As we are in the second year of the two-year session, no bills may carry over from this year to the next.  Everything not passed by August 31 is officially dead, and the slate is wiped clean for the 2017-2018 session.  Never fear, however, another 2000-2500 bills will be introduced next year to make your lives better!

In recent years, Governor Brown has been vetoing approximately 15% of the bills sent to him for signature, signing around 800 new laws onto the books. Each bill is assigned a sequential “chapter number” by the Secretary of State after the Governor affixes his signature.  The first bill signed during the year, therefore, is “Chapter 1, Statutes of 2016, right through to the last bill signed before the end of September deadline.

Bills which are neither signed nor vetoed become law automatically, but in modern times governors almost never avail themselves of this option.  Basically every bill is either signed or vetoed. And the vast majority of bills signed, including the two UTA-sponsored bills discussed below, take effect on January 1, 2017.

First, some good news: on August 22, Governor Brown signed UTA-sponsored SB 983 (Morrell), providing an increase of $50 in base trustees fees in Civil Code Sections 2924c and 2924d. This represents the first increase in fees in fifteen years, following the wild gyrations in the real estate markets which occurred during that period.  While not an enormous increase, it is gratifying that the legislature recognized the need to provide for an increase, given the political sensitivities which always surround foreclosures.

Sharp-eyed readers will also note that the bill repeals Section 2924.11 of the Civil Code.  This section deals with foreclosure prevention alternatives and was enacted as part of the Homeowner’s Bill of Rights package in 2012.  UTA members may remember that HOBR was contained in two identical measures signed by the Governor, and SB 983 merely repeals one of the duplicative sections.  In other words, the other identical section is retained-the bill does not repeal the obligations themselves.

A second UTA-sponsored bill has reached the Governor’s desk for signature by September 30.  SB 918 (Vidak) was introduced to respond to the narrow but persistent problem of the inability to achieve personal service on unit owners in common interest developments to conduct nonjudicial foreclosures of assessment liens.  UTA members conducting foreclosures on behalf of homeowners’ associations report that in a small but significant percentage of cases, personal service of notices of intent to foreclose, and of notices of default, cannot be effected after the exercise of due diligence.

UTA engaged in a very lengthy series of negotiations to attempt to resolve the issue with some alternative form of service, but could not reach a consensus.  Instead, the bill was amended to require associations to annually solicit contact information from unit owners, and to require unit owners to provide the information, or else the unit address would be the default choice.  To be clear, this does not solve the problem of unit owners’ simply evading service of process, but the hope is that it can improve the address information to which information can be sent and delivered.  The search for a real answer to the personal service problem will continue.

There will be a number of other bills of interest to UTA members signed by Governor Brown before September 30.  Plan to attend the fall UTA Conference to learn about changes to the law for next year!