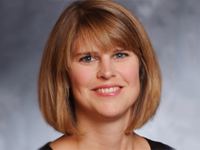 The Washington State Legislature is focused on issues other than revisions to the Deed of Trust Act.  With the economy improving and fewer foreclosures taking place, their attention has been diverted to other things, like tax increases to fund education programs.  Local governments, however, continue to look at housing issues, especially as Seattle, Washington’s large municipality, continues to face skyrocketing housing values.  Housing values in Seattle have increased significantly in the last several months, and the City passed a $15 minimum wage increase.  These and other contributing factors have combined to spike rents throughout the city.

Why do trustees care about rent rates?  Rent has little to do with foreclosures, other than to ensure a mortgage on a secondary residence is paid so it doesn’t go into default.  But anyone working on housing or mortgage issues in Washington should pay attention to Seattle, and to its Council, when it comes to housing.  How the Council did a work-around on rent control is a testament to their creativity, and to how hard they’ll work to move pieces of an agenda forward.

Washington State law prohibits local rent control measures.  Rental property laws are regulated by the state, and rent control is specifically preempted in state law.  Councilmembers in Seattle, however, wanted to pass an ordinance regulating rents in the city.  In 2015, they put forward a rent control proposal, even as state lawmakers and lawyers told them it wasn’t legal to regulate rent at the state level.  By winter, Councilmembers finally accepted their inability to enact rent controls at the city level, and hoped to work legislation through the Washington Legislature.  That strategy failed.

Determined, members of the Council continued to work on concepts.   In the end, they passed an ordinance requiring landlords to accept the first applicant to a vacancy that fits the minimum qualifications.  Landlords are no longer allowed to review several applications at once and chose one; they must take the first qualified applicant in order, regardless of that individual’s source of income, background, work status.  Individuals must be accepted even if they have therapy animals, or may have proven to be a problematic tenant in another location.  The Seattle Office of Civil Rights is given broad authority to investigate complaints, and may begin sting operations after the first year.  Complaints were raised by landlords concerned that creating a first-come-first-served application system will lead to a disparity between those with and without internet access or transportation to get their applications in first.  The City’s response was to suggest that perhaps creating a lottery method would be needed later on.

Because this is believed to be the first ordinance of its kind in the nation, it’s difficult to say how this will affect renters and landlords in Seattle.  Seattle is also considering regulating short term rentals, further affecting property owners in the city.  They do all of this, they argue, to protect affordable housing options for everyone.

I raise this as an issue because advocates have for the last several years complained about the effects of foreclosed homes on neighborhoods, communities, and the housing market.  They have pushed for laws to require loan modifications, and eminent domain.  To date, cities in Washington haven’t taken those steps, and most of the regulations the industry has seen have come from the Washington Legislature.  This has led to significant frustration among some who believe the only solutions can come at the local level.  Even if portions of the Deed of Trust Act could be interpreted as to preempt local governments from intervening in foreclosure issues, the creativity demonstrated by Seattle and other cities cannot be ignored.  While cities may not believe they legally can  change mortgage law or regulations on lending, they can affect laws related to property, zoning, and other regulations that will still impact the housing market.  We have already seen cities talk about eminent domain, and housing advocates push for intervention by Council to prevent homeowners from being removed from foreclosed properties.  If the Washington Legislature remains under two-party control, or with very tight majorities in either chamber, advocates with extreme beliefs about “reforms” to the foreclosure process will continue to pressure local governments to pass ordinances to address the issues at the local level.

The UTA does monitor issues at the local level as much as the Legislature in Washington State.  By continuing to stay in touch with Council Members and monitoring issues before their committees, the UTA can keep an eye on the alternative ordinances being proposed by local municipalities, and determine whether they have legs.  Also, we can talk with individuals to help redirect their efforts to the state level, where there are already mechanisms in place to discuss changes to the Dead of Trust Act, foreclosures, and other aspects of property law.  While local governments certainly have the right to debate concerns within their communities, issues around financing and management of deeds of trust should be handled at the state level.  And UTA will help to facilitate that.