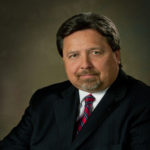 The United Trustees Association held an election of the general membership with ballots due by October 1st. The election was mandated by the Association’s bylaws.

Re-elected as Directors were Andrew Boylan of McCarthy Holthus and David Dutcher of iMailTracking. Returning to the Board are Cathe Cole-Sherburn of Trustee Corps and Susan Pettem of Novare Settlement Services. Joining the board for their first term are Katie Terbush of MK Consultants, and Edward Treder of Barrett Daffin Frappier Treder & Weiss, LLP.

Joyce Copeland Clark, Jennifer Kennick, Elizabeth Knight, and Martin McGuinn – who will continue in his role as Counsel – will leave the board as Directors, having completed their board term(s). They provided remarkable contributions to the association during their time on the board from supporting the annual conference, to educating our members during conference sessions, to generating legislation on behalf of the industry.

Terms for each of the Directorships are three years beginning on January 1, 2021 and ending on December 31, 2023. The Board of Directors oversees the policy, budget and operations of the UTA, a non-profit corporation. Only ‘Regular’ Members (as opposed to ‘Educational Members’) have voting privileges.

As mandated by the bylaws, UTA President David Dutcher appointed three members – UTA Secretary Tai Alailima of Carrington Foreclosure Services, Marsha Townsend of Mortgage Lender Services and Ben Levinson of Law Office of Benjamin R. Levinson –  to serve as inspectors of the election. They counted and cross-checked the ballots prior to reporting the results.