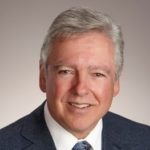 Previous columns have reported briefly on SB 1323, carried by state Senator Bob Archuleta from Pico Rivera in Los Angeles County. The bill basically creates a second path during foreclosures, adding an “equity sale” process managed by the trustee. For every residential foreclosure, the trustee would be required to engage an independent appraiser to value the property.  If the valuation reveals that the owner has greater than 10% percent equity, taking into account all liens and encumbrances, the trustee would be required to engage a “realtor”, market the property through a multiple listing service, evaluate offers received, and select an offer after considering a variety of factors, including contingencies. Then sell the house.

If the trustee does not receive “qualifying” offers during the initial period, the bill establishes a sort of waterfall where the price would be reduced by 4% to 6% for up to 4 30-day periods. The trustee would be liable for wrongful foreclosure for any violations of the procedures set forth in the bill. Although the initial version of the bill provided no compensation to the trustee for these real estate management functions, as amended on May 10 the trustee is entitled to “compensation for reasonable costs imposed by this section.”

Normally in Sacramento when an interest group opposes a bill but indicates that it “isn’t about the money”, of course, it is about the money.  But in this case, UTA’s opposition to SB 1323 ISN’T ABOUT THE MONEY! UTA member trustees and lawyers, led by Legislative Committee leaders including Michelle Mierzwa and Andrew Boylan, have identified countless issues with the proposal. There literally is no space in this column to discuss them all, but here are a few: What about the rights of the homeowner while all of this is occurring? Who exactly is the “realtor’s” client in this transaction? Does the trustee even have the power to sell the house without the involvement of the homeowner? Who will perform the required disclosures? What if the owner will not allow appraisers, inspectors, and potential buyers into the home? What happens when the successful bidder takes possession and finds a home gutted by the former trustor? Will title companies insure these transactions? What about liability for the trustee for allegedly selecting the wrong appraiser, realtor, or successful bid?

At the hearing on SB 1323 in the Senate Judiciary Committee, proponents presented testimony from an elderly widow who indicated (by all accounts truthfully) that she lost a home she had owned for many years in San Francisco, worth nearly $1 million, with an unpaid principal balance of $51,000, and received surplus proceeds (this is not a typo) of one cent. Members of the Judiciary Committee, many of whom are quite sophisticated lawyers in their own right, expressed both great empathy for the widow, but also considerable skepticism about the provisions of the bill.

UTA is part of a very large coalition of organizations opposed to SB 1323, including banks, mortgage banks, credit unions, title companies, and others. So far the California Association of Realtors has not taken a position. There also is a large coalition of consumer groups in support.  On May 25 the bill was passed by the Senate on a vote of 30-9; it is now the property of the Assembly Judiciary Committee and will next be heard before the end of June.

There is an old saying that “bad facts make bad law”. According to that redoubtable source Wikipedia, “The phrase means that an extreme case is a poor basis for a general law that would cover a wider range of less extreme cases”. Proponents of SB 1323 certainly presented an extreme case, and the author of the bill, Senator Archuleta, is an honorable man well-liked by his peers. He also is a real estate broker by occupation.

SB 1323 is likely to change considerably in the Assembly, but if this bill does not demonstrate the importance of UTA’s legislative program in the various states, it would be hard to think of a better example.