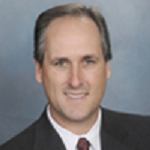 Robert Finlay is the 2021 Recipient

Robert Finlay is the worthy recipient of the 2021 Phil Adleson Education & Advocacy Award.  The award is presented annually to a member who both educates and advocates on behalf of UTA and its membership.

In presenting the award, UTA President Randy Newman said that Finlay has “provided critical information as a speaker at sessions at the annual conference, including Legislative Updates; Bankruptcy related issues; and a detailed explanation of HOBR when it was first introduced and then enacted. He has spoken at many dinners on a range of topics for UTA members. In the last eight years, he has authored or co-authored 18 articles in the UTA Quarterly on essential-to-understand case law; impending legislation; new laws; detailed regulations; and summaries of various matters that needed explanation.”

Newman added; “He’s authored many amicus briefs on behalf of the Association – not only as part of industry coalitions – which he put together – such as Mabry v. Superior Court which interpreted HOBR; and Linza v. PHH Mortgage – but on behalf of UTA solely. And, I might add, at less than minimal costs. He has actively lobbied annually and diligently, and effectively, in Sacramento on behalf of UTA.

He has been a member of UTA for 17 years. He served as President for two years, and he was our Legislative Committee Chair for many years. During that time, he drafted legislation on many matters of importance to trustees.”

“To say UTA owes this year’s winner a debt of gratitude is a massive understatement,” said Newman. “He has been a model of service to one’s industry; a model of leadership; a model of education; a model of advocacy, and a model of knowledge and grace.”

Finlay was not able to accept the award in person, but he stated “I am extremely honored to receive the Phil Adleson Award. If it was not for Phil, I would never have gotten so involved with the UTA. Phil took me under his wing and encouraged me to run for the Board and later, become President and Legislative Chair.  He was truly a mentor to myself and so many others in the industry.”