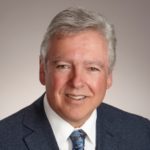 There is just no other way to say it: for the California Legislature, 2020 was HARD.  Obviously, no one was completely unaffected by the pandemic, and we are certainly not comparing the legislative difficulties with layoffs or no food to eat.  But the legislative process is designed for personal interaction, and the inability to speak face to face with legislators and staff in the Capitol made for a clunky, inefficient system. As an example, look no further than hearings towards the end of the session last year on evictions.  At least 500 people queued up to testify for or against the bill, managed by an intrepid but overwhelmed AT&T conference call operator, with all of the expected problems, including barking dogs, crying babies, disconnects, abusive callers, and people calling on the wrong bill.

At the end of the day, legislative output in California was drastically reduced in the COVID environment.  In most years, approximately 1000 new laws are enacted by the Legislature and signed by the Governor.  For 2020, the total was fewer than 400.  This is still a lot of new law, to be sure, but at least 60% less than “normal”.

It would be hard to find a legislator, staff member, or lobbyist who was looking forward to another year like 2020, but given the state of the pandemic, that is the reality in Sacramento. When the deadline for the introduction of new bills occurred on February 19, the total was 2369, about the yearly average.  In the Assembly, for example, members were allowed to introduce up to 50 bills for the two-year session, or 25 per year.  But, they also were admonished to not expect to move 25 bills to the other house for enactment.  It appears that the Assembly and Senate will once again be focused on COVID issues and other urgent matters, like again, evictions and foreclosures, housing and homelessness, wildfires and homeowner’s insurance availability, racial equity, and police misconduct, and perhaps a few others.  This does not mean that every bill must fit in these buckets, merely that these are likely to be areas of focus.

Already this year, the Legislature took action to extend the eviction and foreclosure provisions of last year’s AB 3088.  SB 91, a budget committee bill, was enacted just prior to the expiration of the state eviction moratorium; as part of the bill, the forbearance language requiring lenders to inform borrowers with a reason if they could not offer a forbearance was extended until September 1, 2021.  The eviction language was intended to address the legislative concern that an eviction tsunami would occur without an extension.

Whether further foreclosure language will be pursued this year is uncertain.  We have been asked to consult with legislators about the state of the foreclosure market in California, on both residential and nonresidential loans, and have tried very hard to explain the situation as we know it.  We are explaining the huge structural differences between mortgage issues in the Great Recession and the situation thus far in 2021 when borrowers generally have far more equity and underwriting by lenders generally is far different.  But lots could happen between now and the commencement of the legislative fall recess on September 10.

After a review of all 2369 bills, approximately two dozen have been identified of potential interest to UTA and evaluation by the Legislative Committee.  Subjects include PACE assessments, remote online notary acknowledgments, racial covenants, liens for Labor Commissioner orders, and contract translations.  There also were approximately 800 “spot bills” introduced, which could later be amended to affect UTA, so the number of bills of interest is almost certain to grow.

Finally, UTA is very carefully monitoring the operational impacts of the passage of last year’s SB 1079.  It appears that various ambiguities in the bill may require legislative correction, now that we are more than two months into the new year.  UTA is preparing to discuss the issues with Senator Skinner, the author of the bill last year, and we report on these discussions in future issues of UTA News.

Now, back to ZOOM!