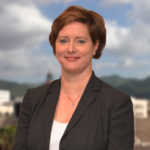 The Ninth Circuit Court of Appeals has granted UTA’s motion for leave to file the amicus brief in the case of Meyer v. US Bank and heard oral arguments on July 11.  One Judge asked if it was acceptable for a trustee to give a party the “run around” even if the party was not damaged.  Counsel for Northwest Trustee Services correctly pointed out there was no “run around” in the case, as all the information provided was true.

UTA had filed and re-filed an amicus brief in the case.  Ann T. Marshall, Esq., with Anglin Flewelling Rasmussen Campbell & Trytten LLP (AFRCT) filed the brief on behalf of the association.  UTA argued that trustees are given safe harbor and need not investigate further upon receipt of certain information from the foreclosing beneficiary.  This is the case where a foreclosure trustee was held liable for damages for not investigating information sufficiently, despite the fact that the information relied upon was true and accurate.  The Bankruptcy Court had originally held that even though the correct note holder was identified in the NOD and NOS, the trustee could not rely on the servicer for identifying the note holder. The court ruled that the borrower was damaged and with attorney fees the judgment against the trustee exceeded $74,000. The Bankruptcy Court had found the trustee was liable for damages under Washington’s Deeds of Trust Act and violation of Washington’s Consumer Protection Act, based upon the representations made by the beneficiary.

UTA filed an amicus brief in connection with the first appeal to the Western Washington District Court, and argued that:  “These actions did not violate the trustee’s duties under the DTA, did not prejudice the grantors of the deed of trust, nor did they violate Washington’s Consumer Protection Act.”   The Western District Court of Washington reversed the Bankruptcy Court’s decision in Meyer v. U.S. Bank in its entirety.  The court had held “In essence, as amici [UTA] point out, Judge Overstreet held NWTS (Northwest Trustee Services) to an affirmative duty to investigate the veracity of the representations contained in the declarations on which it relied.”  The Meyer’s filed an appeal from the US District Court to the Ninth Circuit.