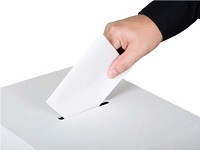 UTA President Randy Newman and UTA Nomination Committee Chair Ben Levinson have announced that nine members will appear on the ballot for the four seats that are up for election to the UTA Board of Directors.  Only “Regular” members have voting privileges. Terms for each of the Directorships is for three years, beginning on January 1, 2017 and ending on December 31, 2019.

The Board of Directors oversees the policy, budget and operations of the United Trustees Association, a non-profit corporation.

The Board elections will be held during the association’s annual meeting, held on Monday, November 7th during the UTA annual Education Conference, held in La Quinta, California.  Members who do not attend the annual meeting will have the opportunity to vote by proxy ballot prior to the meeting.