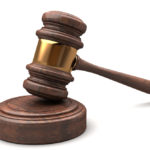 On August 29th, the 9th Circuit affirmed the District Court’s ruling in favor of Northwest Trustee (Meyer v. Northwest Trustee Services), but based on judicial estoppel, not the merits of the case regarding the foreclosure trustee’s actions.  The Meyers were estopped from bringing their claims against the foreclosure trustee because the Meyers failed to list such claims on their bankruptcy schedules.   (There was a dissenting opinion by Judge Nguyen who believed that judicial estoppel did not bar the claims, and therefore the case should have been decided on the merits.)

However, on September 1st, the borrowers filed a motion for rehearing en banc.  The dissent’s contention that filing an adversary action is itself the required disclosure is without authority.  The decision was unpublished, so it appears probable that the dissent will be denied.

UTA had filed and re-filed an amicus brief in the case.  This is the case where a foreclosure trustee was held liable for damages for not investigating information sufficiently, despite the fact that the information relied upon was true and accurate.  The Bankruptcy Court had originally held that even though the correct note holder was identified in the NOD and NOS, the trustee could not rely on the servicer for identifying the note holder. The court ruled that the borrower was damaged and with attorney fees the judgment against the trustee exceeded $74,000. The Bankruptcy Court had found the trustee was liable for damages under Washington’s Deeds of Trust Act and violation of Washington’s Consumer Protection Act, based upon the representations made by the beneficiary.

Ann T. Marshall, Esq., with Anglin Flewelling Rasmussen Campbell & Trytten LLP (AFRCT) filed the brief on behalf of the association.  UTA argued that trustees are given safe harbor and need not investigate further upon receipt of certain information from the foreclosing beneficiary.