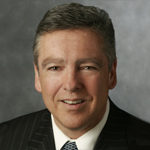 The 2015-2016 two-year session of the California Legislature is now officially over.  In all, nearly 1,000 bills were presented to Governor Brown for his signature or veto, and almost 900 were signed into law.  Most go into effect on January 1, 2017.

Before addressing with more specificity the UTA-relevant legislation signed into law this year, perhaps we should begin with a few words about next year.  Truly, California zigged while the country zagged. While the Senate, House of Representatives and White House are all now controlled by Republicans, the exact opposite is true in California.  The differences are so stark that the morning after the election, the California Assembly Speaker and Senate President pro Tem issued a joint press release indicating that they woke up as “strangers in a foreign land.”

Going into the general elections, the Democrat advantage over Republicans in the 80-member California Assembly was 52-28, with 54 votes constituting a two-thirds supermajority.  The advantage in the 40-member state senate was 26-14, with 27 votes amounting to two-thirds. Thus, Democrats were only two votes short of a supermajority in the Assembly, and one in the Senate.

Following the elections, Democrats have 55 members in the Assembly, and 27 in the Senate. At least theoretically, this permits Democrats to raise taxes, place initiatives on the ballot, and override gubernatorial vetoes, all without Republican votes.  Although those sorts of drastic actions may be unlikely, given the fact that Democrats do not tend to act monolithically, the large vote disparity will make it harder to defeat problem bills, or to pass bills that raise Democratic concerns.

The bottom line is that California moved left while the nation moved right.  The joint press release mentioned above indicated that the California Legislature would be committed to upholding California values in spite of the national elections.  Exactly how that plays out in 2017 will begin to be revealed when the legislature returns in January.

Meanwhile, we now know exactly what was enacted into law this year with relevance to UTA members.  The following bills were discussed at the very successful UTA conference held recently in La Quinta, and all are available through the UTA website:

— AB 1974: Re-recording of Documents. Requires documents submitted to county recorders for re-recording to be re-executed and re-recorded, unless the problem with the documents falls within a narrow set of defined “minor corrections”.

— AB 2291: Property Taxes: Partial Payments. Permits counties to impose a fee to recover the reasonable costs of instituting and maintaining an arrangement for partial payments of property taxes.

— AB 2562: Military Service. Broadens and simplifies the parameters of military service veterans who qualify for deferred payments on mortgages, credit cards and other obligations.

— SB 983: Trustees Fees. Increases allowable base trustee’s fees under the Civil Code by $50 for each phase of the nonjudicial foreclosure process.

— SB 1150: Successors in Interest. Creates a very specific standard for situations where servicers must extend Homeowner’s Bill of Rights protections to successors in interest of deceased borrowers.