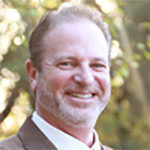 Terms for each of the Directorships are three years beginning on January 1, 2017 and ending on December 31, 2019. The Board of Directors oversees the policy, budget and operations of the UTA, a non-profit corporation. Only ‘Regular’ Members (as opposed to ‘Educational Members’) have voting privileges and were provided with a ballot. Numbered ballots were mailed to the membership prior to the election to allow Regular members who could not attend the meeting to vote and to ensure that no member voted twice.

As mandated by the bylaws, UTA President Randy Newman appointed three members – UTA Secretary Chet Sconyers of First American Trustee Servicing Solutions; Ben Levinson of the Law Offices of Benjamin R. Levinson; and Richard Witkin of Witkin & Neal, Inc./Witkin & Eisinger to serve as inspectors of the election. They counted and cross-checked the ballots prior to reporting the results.

United Trustees Association Board of Directors 2017