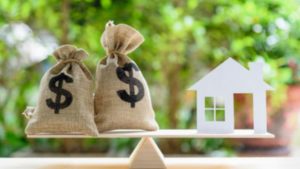 The Court held in Williams v 21st Mortgage Corporation that a defaulting borrower who breaches the terms of her Chapter 13 plan by failing to make her post confirmation payments to the lender (who then obtains relief from stay) is not required to tender the allegedly current pre-petition payments as a condition of reinstatement. The NOD upon which the foreclosure is based included the prepetition payments. The Court’s reasoning is that the confirmation of the Chapter 13 plan operates as a cure of the pre-petition arrearages. The Williams case based its ruling in large part on Taniguchi.

The ruling of the court is directly contradicted by the Ninth Circuit Court of Appeals in In Re Peters 101 F. 3d 618-619 (9th Cir. 1996) which held that confirmation of a Chapter 13 plan is not a cure of the pre-petition arrearages. The only method to cure pre-petition arrears is to pay the arrears in full.

As the First District noted, Williams is also a precedent setting case so we are hopeful the petition for review will be granted and a re-briefing of the issues takes place. Martin McGuinn, Esq., Kirby & McGuinn, filed a Petition for Rehearing of the Opinion on behalf of 21st Mortgage Corporation. The Court of modified the Opinion and Depublished it, so it is no longer binding precedent as of February 22, 2020.  However, the modified Opinion did not result in a change of the judgment. A petition for review was filed with the California Supreme Court on March 1, 2020.