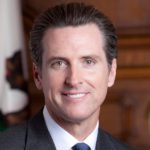 “It appears what California is trying to do is create a state version of the Consumer Financial Protection Bureau … significantly, the new law also would give the state oversight of debt collectors — a regulatory function now limited to federal authorities,” wrote Lazarus.  State oversight of industries is often the precursor to licensure.