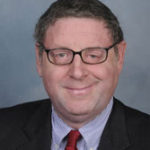 Note:  This article was provided by Wright, Finlay & Zak

Several years ago, a jury in a remote farming community outside of Sacramento sent a widely heard message to loan servicers when it awarded a borrower $16MM in damages over PHH’s alleged failure to properly implement a loan modification.  As part of the judgment, the jury slapped PHH with $15.7MM in punitive damages.  PHH promptly filed a Motion for a Judgment Notwithstanding the Verdict and Motion for a New Trial.  The trial court refused to order a new trial, but reduced the award from $16MM to roughly $158k.  The court then awarded Linza’s attorneys, $178k in fees and costs.  Both sides appealed the decisions.

On behalf of the United Trustees Association, California Mortgage Association, and American Legal and Financial Network, Jonathan Fink and Robert Finlay of Wright, Finlay & Zak (WFZ) filed an amicus brief supporting the Judge’s decision to significantly reduce the judgment.  The Amicus focused on the industry’s interest in the decision, as well as the potential impact on the lending and loan servicing if a servicer could be held liable for interfering with the beneficiary/lender’s loan contract, or if an ordinary breach of contract claim were allowed to give rise to tort liability.

On October 23rd, the California Court of Appeals upheld the Judgment Notwithstanding the Verdict and reversed the denial of the Motion for New Trial, ordering a new trial on the question of contractual damages only.  The trial court also vacated the attorney fee award in favor of Linza’s counsel – the United Law Center.  In sum, it was a complete victory for PHH, the amicus parties (UTA, CMA, and ALFN) and the entire servicing industry.

The highlights of the decision include:  (1) the Court agreed that PHH (the loan servicer) was clearly a party to the loan modification and, thus, could not have interfered with its own contract; (2) PHH did not owe Linza a duty of care under the negligence claim because it was acting in the conventional role of lender/servicer (the Court noted that cases had held that servicers were included within the Nymark “rule”; but, that it was only as to negotiating and processing loan modification applications that any decisions had imposed a negligence duty notwithstanding Nymark and that courts were even split on when and whether there was a duty in that scenario); and (3) there was no such thing as negligent breach of a contract (limiting the plaintiff to contract damages only).  There will be a new trial on the issue of proper contract damages.

It is possible that Linza could seek review by the California Supreme Court within 40 days from the date of the opinion. If so, WFZ will continue its amicus efforts at the next level.  Additionally, on behalf of the UTA, CMA, and ALFN, Wright, Finlay & Zak will request that the decision be published so that it can be favorably cited in other cases.